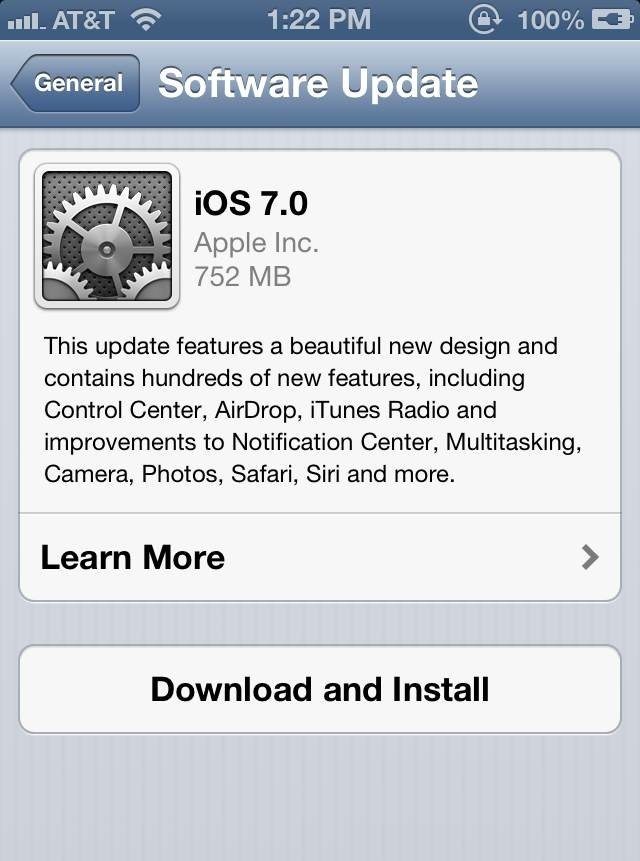 UPDATE: iOS 7.0.1 has already been released for the iPhone 5s and iPhone 5c, according to 9to5Mac. The update fixes a Touch ID bug and users will be prompted to update as soon as they receive their new devices.

Somehow I can’t download update via iTune or via Wi-Fi 🙁 Getting Connection Timeout Error. I guess I still need to wait for some more time.